You’ve reached the home of 2 Meter Sessions, an independent and still active music archive from The Netherlands. We started in 1987 and have recorded more than 1,800 sessions for national radio & television and streaming platforms.

MORE ABOUT US
SCROLL THROUGH THE ARCHIVE

Formed in 2014, the band grew out of the solo endeavors of singer/guitarist Jack McEwan. He and fellow guitarist Luke Parish, bassist Luke Reynolds, and drummer Danny Caddy pooled their collective consciousness in massive all-night jam sessions that resultated in five great albums from 2016 up to now, with “Night Gnomes” being their latest release.

Following the release of his second album, 2018’s stunning portrait of a breakup, Make Way For Love, Williams’ toured the world, playing major festivals, and appearing on Conan and Later with Jools Holland. He forged a fledgling acting career, making a cameo in Oscar winning film A Star Is Born, and then major roles in films The True History of the Kelly Gang, Lone Wolf and current Netflix series Sweet Tooth. My Boy parlays this flush of worldly experience into a vivid, dynamic record as spirited, complex and kinetic as the unfolding life of its performer.

2 Meter Sessions on THE CODA COLLECTION (Amazon Prime) As

A selection of 2 Meter Sessions is available as Amsterdam Sessions on The Coda Collection on streaming service Amazon Prime Video.

Created in 1987 by radio host Jan Douwe Kroeske, originally called “2 Meter Sessies” and seldom seen outside of the Netherlands, “Amsterdam Sessions” features unique studio performances from a wide range of leading artists given the freedom to play without restraints.

The Coda Collection is a multimedia company founded by a team of legendary musicians, music industry veterans, and entrepreneurs that enables fans to see the most iconic moments and artists in music with a new perspective. Major music and media companies are involved, such as Sony Music Entertainment, Yoko Ono & the Estate of John Lennon, Warner Music’s Rhino Entertainment, Concord Music, and Mercury Studios (Universal Music Group). This way The Coda Collection can offer the exclusive video content of musicians like Bob Dylan, John Lennon, Paul Simon, and Jimi Hendrix. Recently, the channel premiered a film on John Lennon (“24 Hours: The World Of John & Yoko”) and the Dave Grohl documentary “What Drives Us”. The Coda Collection was launched on February 18, 2021 in the U.S.A. and will be expanded into additional territories shortly. 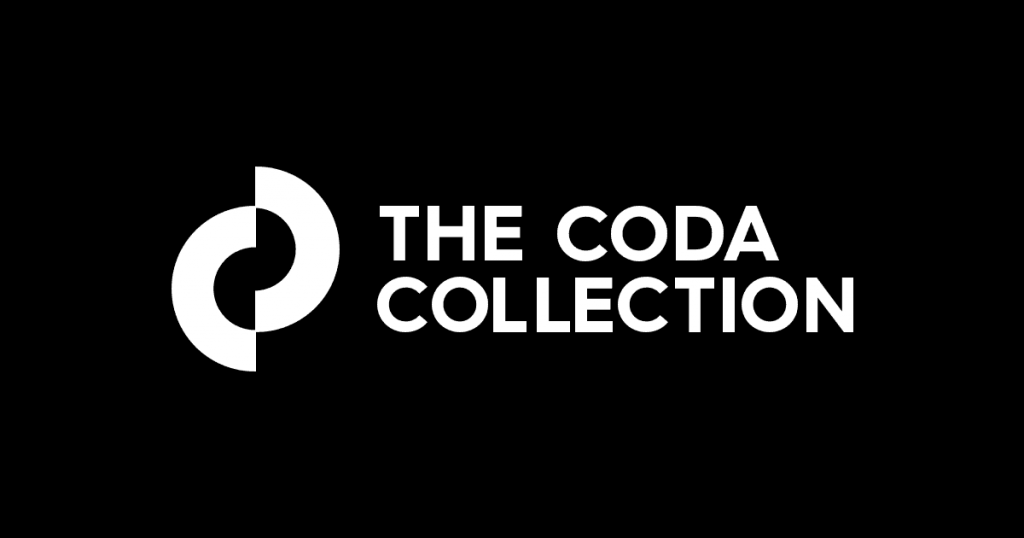 At its first performance outside of the U.K., Coldplay plays an intimate, understated set — approximately one month before the release of its smash “Parachutes” debut album in June 2000. It’s a rare, valuable look at the band moments before it became a global phenomenon. Watch episode.

Counting Crows play deep cuts and songs from their “This Desert Life” album during an intimate, inspired performance originally filmed in 1999 for the Dutch program “2 Meter Sessies.” Watch epsiode.

Playing at a private space in Amsterdam on the 1996 tour for “Three Snakes and One Charm,” the Black Crowes deliver an intimate performance that zeroes in on their band interplay and musical evolution. Watch episode.

In a rare intimate performance, progressive-rock legends Jethro Tull play an inspired set of classics and then-recent songs in Amsterdam in 1999.  Watch episode.

The show was conceived in 1987 by Dutch radio presenter Jan Douwe Kroeske when, on his popular national radio show, he persuaded New-Zealand band Crowded House to play a short set of their popular songs. The response of the public was so great, that 2 Meter Sessions quickly became a household name in The Netherlands. Almost a million 2 Meter Sessions cd’s were sold in the Netherlands.

In 1993, the show made a successful transition from radio to television, quickly becoming a nation wide phenomenon. The TV edition of 2 Meter Sessions aired for over 10 years, with video sessions of new talent, breakthrough acts and arrived career artists. The show made several comebacks on national television, the most recent one in 2020 by filming with Dutch acts to help them reach an audience during the pandemic. 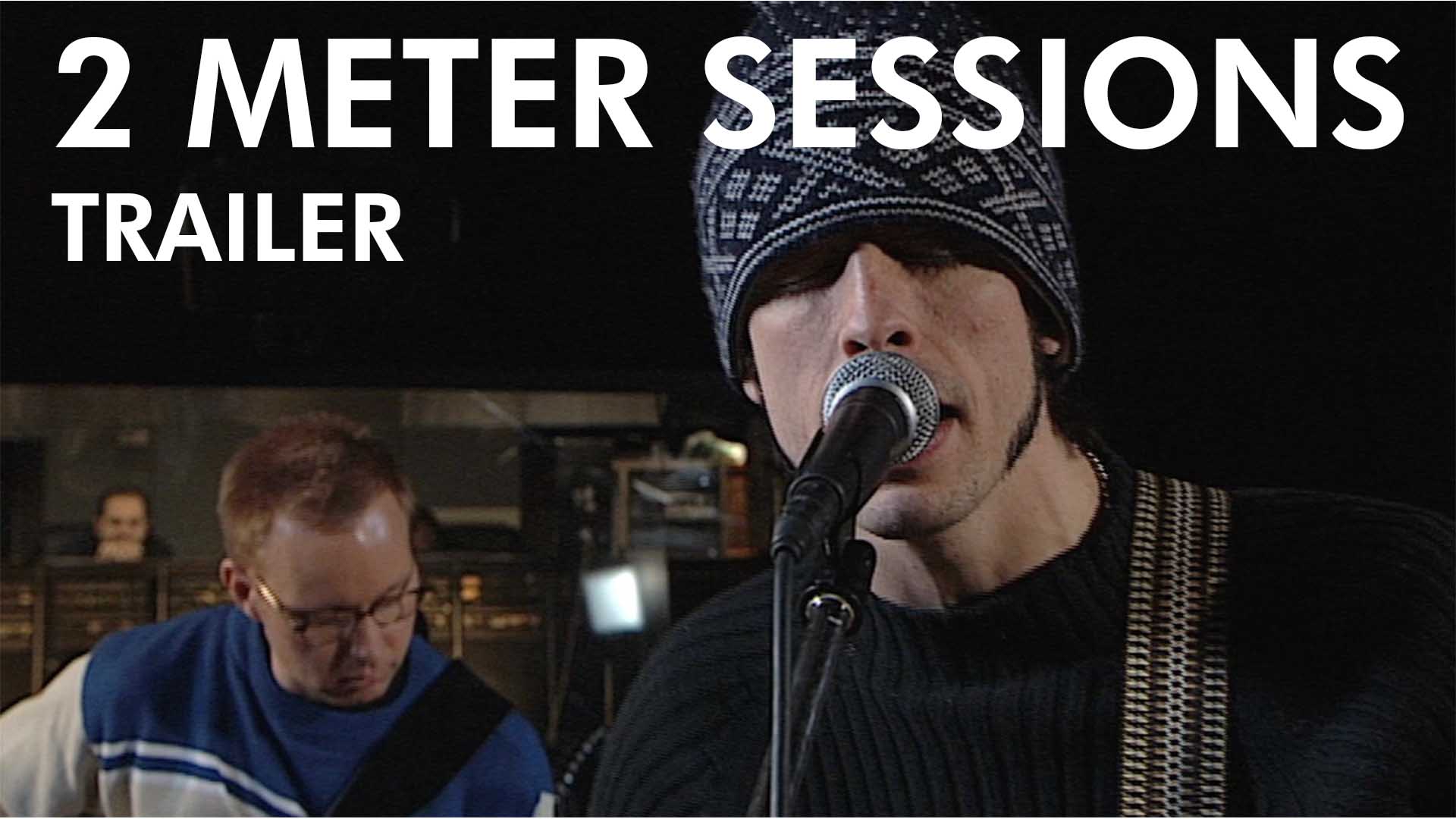 In 2018 the team began uploading more and more videos to their fast growing Youtube-channel, showcasing clips from the archive and highlighting new sessions.

The international appreciation of 2 Meter Sessions has been confirmed by looking at the statistics of the Youtube-channel: only 4,7% of the over 35,000,000 views is from The Netherlands.

2 Meter Sesssions has been streaming official recordings from the archive on digital platforms like Spotify, iTunes and Tidal since 2019. Over 21 hours of audio has already been made available to stream worldwide.

We  still record 3 to 4 new sessions monthly (in a pandamic free world), with promising and breakthrough acts from all over the world. The recording locations vary from professional recording studios to improvised mobile set-ups at festivals

Over 21 hours of official 2 Meter Sessions tracks to listen.

Stay updated on new uploads / digital releases from the archive and new sessions.

The Cranberries were an Irish rock band and rose to international fame in the 1990s with their debut album, Everybody Else Is Doing It, So Why Can’t We?, which became a commercial success. A month after that release they visited 2 Meter Sessions; their first television performance abroad.

Blind Melon is an American rock band formed in 1990 in Los Angeles, California. They are best known for their 1993 hit “No Rain”, and enjoyed critical and commercial success in the early 1990s with their neo-psychedelic take on alternative rock. Blind Melon visited 2 Meter Sessions in 1993.

Foo Fighters is an American rock band, formed in Seattle, Washington, in 1994. It was founded by former Nirvana drummer Dave Grohl as a one-man project following the dissolution of Nirvana after the suicide of Kurt Cobain. Foo Fighters visited 2 Meter Sessions in 1999, making it the second time Dave Grohl recorded a session, eight years after the first one with Nirvana.

Coldplay are a British rock band formed in London in 1996. They released their first studio album, Parachutes, on 10 July 2000. It debuted at number one on the UK Albums Chart. A month earlier, they visited 2 Meter Sessions for a recording, making it their first ever over seas performance.

The Murder Capital are an Irish post-punk band based in Dublin. On 16 August 2019, The Murder Capital released their debut studio album, When I Have Fears, which was produced by Flood (New Order, u2, Nick Cave, Nine Inch Nails, Depeche Mode) and was met with widespread critical acclaim. A month earlier they visited 2 Meter Sessions for a recording.

WATCH MORE CLIPS FROM THE ARCHIVE

GET IN TOUCH WITH US